Compassion for children with ASD

Many years ago, a family asked me out to dinner to thank me for all I did for their autistic son. I was just out of graduate school and had my first two years of teaching in public school under my belt. I was shocked, and I think I said I am not even sure if this is allowed. However, this family was very persistent, and we went out to dinner. I met them at their house and followed them to the restaurant. During the drive, I was reminded about that episode of The Cosby Show and how Mrs. Westlake came over for dinner at the Huxtable house.  How perfect the night went and how Theo received a good grade on his math test. I had that same scenario in my head how great the night would be. How very wrong I was. When we arrived at the restaurant, their son was very agitated and screaming. His parents keep saying he wanted to make a turn a while back. He wanted to go somewhere else. They had no way of knowing as their child was non-verbal and only started communicating with a Picture Exchange System (PECS). I hate to admit it as I am so dating myself, but iPad’s were not yet around. For all of you who don’t know what PECS was, it was a small 3 ring binder of laminated pictures. The child would look through the book, find the picture of what he/she wanted and hand it to the person they were communicating with. Teachers would have to copy the pictures from a PECS book, or if your school district had a disc, you could print them out, which mine did not. Then laminate, cut, Velcro, and stick them in the book in categories. We would also make sentence strips so the child could make a sentence. This was high tech and a very effective communication system, People! WOW, I can't believe all the work we had to do. 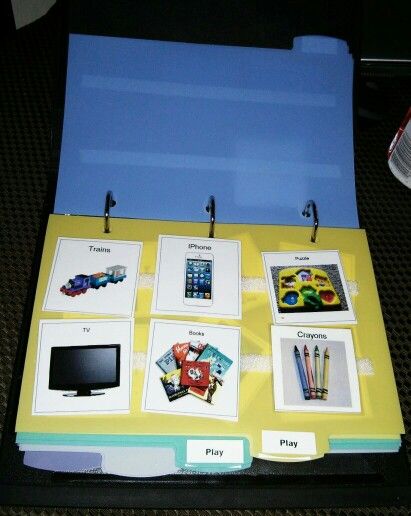 So back to the restaurant. The waiter reluctantly sat us down at a table, and their son kept getting out of his seat, pacing around our table, screaming. I went into action and tried my best to calm him down. I got him in his seat; however, he was still screaming. I looked at his parents and really didn’t know what else to do when the waiter came over and told us that we would have to leave if he didn't stop screaming. OMG, we are getting kicked out of the restaurant! I was in panic mode. I tried my best to calm him down but was unsuccessful. His parents asked the waiter for some rolls to eat. And that was it! When the waiter brought over the rolls, he started eating and was calm. Wasn’t their first rodeo.

Fast forward many years, and my family and I are on a car racing track. It was a promotional day to get kids into driving go-carts. These were the real deal go-carts. They went fast. After signing the waiver for all three boys and getting them dressed in the fireproof gear and helmet, it was time for them to drive—first, my youngest, who speed around the track like a pro. Then my middle son, who was driving into the infield at top speed for his first lap, then decided to take it easy the rest of the laps. For my oldest, who was 15, right at the age limit, it was his turn to get in the car. My boys are tall for their age, and my oldest was big for 15. He didn’t really fit in the car. He got stuck. Really stuck. My husband and two guys helped out, trying to get him out of the car. They were unsuccessful. The two men had to take the car apart to get him out. Then put the car back together for another kid to drive. They kept assuring me that it was an easy task, and they were getting a bigger car. I couldn’t believe it. These men were so determined to get my son in a car to drive. They were so patient with him and even encouraging. My son couldn’t move his body the way, other kids. Basically, he doesn’t have the spatial awareness. These men talked him through getting out of the car by saying, move your leg this way and your foot that way as they lifted my 175-pound boy out of the car. After all that work, I couldn’t believe they wanted to try again, but they did! They got another bigger car, and guess what? You guessed It! He got stuck again! The men did the same thing, took the car apart, talked my son through how to get out of the car, and put the car back together. When they were getting a third car off a truck, my husband and I really had to tell them that we appreciated all that they did, but we needed to end the ordeal. We were so grateful for their patience and what they did to include my son and that even after the second try, they still didn’t give up. We knew our son, though, and knew he was getting very agitated, and we actually needed to leave because of this. When we walked to our car, a few families with go-carts offered to let my son drive their car. We had to decline politely. The overwhelming welcoming response and patience of people and families were amazing. My son still talks about that day, and he remembers how everyone tried to help him.

I think back to when I was at that restaurant with my student’s family and how no one offered to help. Not only did they not help, but they told us to leave. They wanted nothing to do with the Autistic boy who was upset and couldn’t communicate what he wanted. How awful for his parents and all the other families who had to deal with a society that wasn’t accommodating for kids with ASD. We have come a long way with acceptance and understanding for people with ASD. Restaurants, facilities, venues all accommodate for ASD. More and more families have a child or family member with ASD and are ready to lend a helping hand.

11 years ago, my middle son was diagnosed with PDD at 18 months. I was emotional, exhausted, stressed, scared, and felt so alone as I went through the process of getting my son's services. I remember sitting at a psychologist's office, and we just went through the exhausting list of what my son needed. I also had my oldest with me as he was exhibiting problems at preschool. Both boys were sitting on the floor, playing with toys, and we both looked at them. The psychologist began to tell me that my children will bring the world a lot of tolerance. That is why we have children like this. As I gathered my boys and all my things to walk out of his office, I thought, what an awful thing to say to me… I feel completely alone. But he was right. I get it now!

PLEP A and PLEP B: General Considerations, Content, Methodology, and Performance Criteria.

School Evaluations: How do I interpret these results?